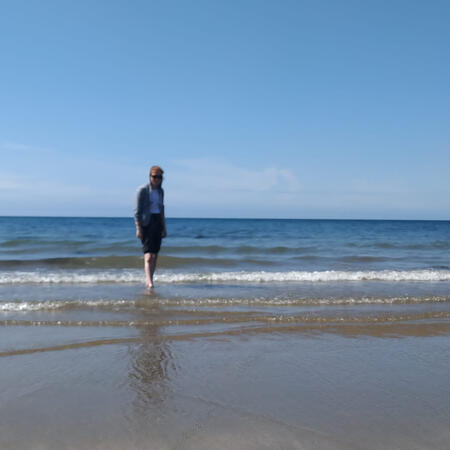 Studying a BA in Production and Technical Arts at LAMDA. Interested in Sound for both Stage and Audio. Dialogue editor for S2 of award-winning podcast Neighbourly.
Contact me via my email [email protected] also linked below.

Dialogue Editor and Sound Designer, Neighbourly (2021 Bonus Episodes A Trip to the Hairdressers and Three Customers at the Sweet Tooth Bakery and Season 2 Episodes 25 to 40)
Neighbourly is an Audio Verse Awards winning horror audio drama about the residents of Little Street.
Find the two released bonus episodes I've edited here and here.
Episode 25 (the first full episode I dialogue edited) will release on the feed 16/5/22.
Episode 28 which I also sound designed will release on 6/6/22.Dialogue Editor, 24 Hour Hubris (Round 4 Team 3)
24 Hour Hubris is a challenge to work as a team to create an audio drama in under 24 hours over a weekend. As the dialogue editor this was quite a challenge as we had 9 very talkative characters! You can find (Don't) Escape, the episode I worked on here.